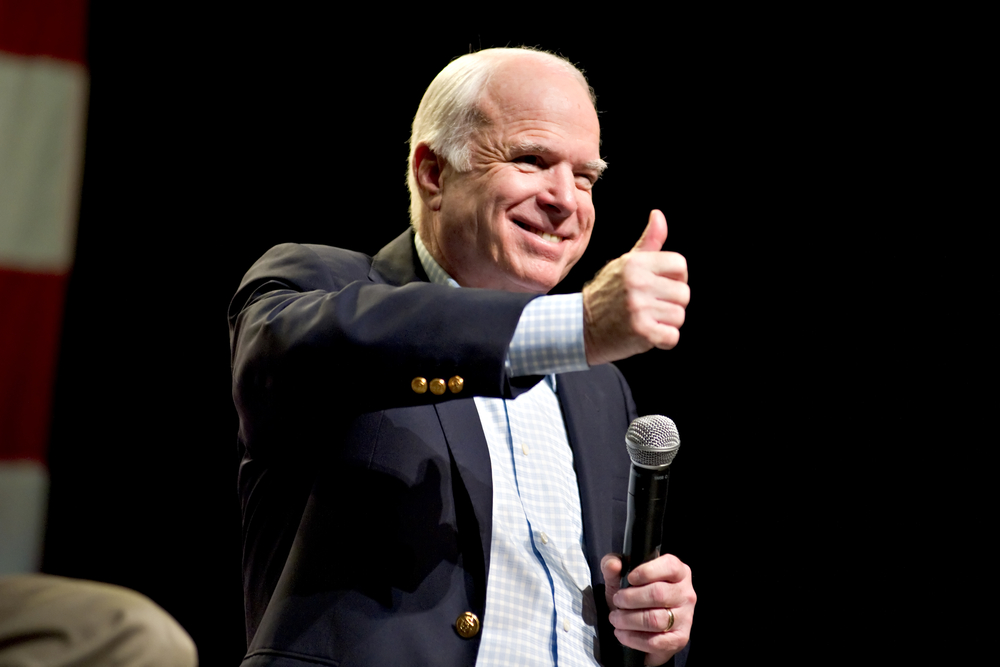 The Character of John McCain

On September 1, 2018, political elite from both sides of the aisle gathered in Washington National Cathedral to honor a person most of them had had fiery disagreements with. And despite twice failing to make it to the presidency, McCain was given what one commentator said was the biggest show of mourning for a senator since Robert F. Kennedy‘s assassination in 1968.

The entire Washington establishment doesn’t show up for the funeral of just any senator, but they showed up for McCain’s because his style of leadership often isn’t seen anymore. He lead by standing by his own personal convictions, and even though people often disagreed with him, they always respected his adherence to duty and principle.

There’s more to being a leader than getting people to do what you want them to do. To be a maverick leader you have to gain respect and trust through the strength of your own convictions. There are three main lessons from this style of maverick leadership:

John McCain came from an elite family. His father and grandfather were both admirals, and the crushing pressure of duty pushed McCain in the same direction. But he was a rebellious student, and that combination of duty and rebellion are probably what gave him the courage to survive capture and torture behind enemy lines.

McCain’s commitment to following his own personal understanding of right and wrong led him to refuse early release if his fellow prisoners were not also released. McCain paid for this principled stance with torture. The injuries he received left him with a limp and unable to raise his arms above his head.

This proven strength of character gave McCain something that most politicians lack: trust. McCain never seemed guided by what everyone said he should think. As Barack Obama said in his eulogy, McCain, “did understand that some principles transcend politics, that some values transcend party. He considered it part of his duty to uphold those principles and uphold those values.”

It’s hard to trust someone who changes their mind because everyone wants them to, but trust comes easy when you stand by your values in the face of unrelenting pressure. People don’t have to agree with you to gain their trust. Leadership means that sometimes you have to make decisions that people won’t like, but people will respect the difference of opinion if you make those decisions with confidence.

At his funeral, multiple speakers, including Obama, mentioned McCain’s quick anger. But they also noted how McCain understood that sometimes he went too far, and he was just as quick with apologies, when appropriate.

McCain wasn’t perfect. But instead of hiding in a fantasy narrative about who he was, McCain recognized his faults and worked to improve them. In probably the biggest stain on his record, McCain got tied up in the periphery of a corruption scandal during his early days in politics. He admitted to his fault, and in the future McCain tried to improve campaign finance regulation.

Virtue, as described by Aristotle, sits between the lack of and the excess of an action or emotion. Courage lies between cowardice and rash unthinking action. Friendliness lies between irritability and flattery. The energy that gave McCain the ability to devote himself to public service could boil over if he wasn’t careful, but by recognizing this, McCain could check the impulse and make amends if necessary.

Obama and McCain fought a bitter election campaign against each other, but McCain checked it when it went too far. When conspiracy theorists started to question Obama’s patriotism and citizenship, McCain wouldn’t stand for it.

When you make mistakes, when things are go too far in a direction that you started, it’s up to you to put an end to it. Your leadership will be stained if you let problems fester, ruining the respect and trust given to you by others.

McCain’s leadership was not something that came from management tools and team-building exercises. It came from constantly striving to be better. It came from using his own judgment to make each decision.

People often put politicians into simple categories, but McCain wasn’t so simple. He had seen the horrors of war, but he also felt that war was sometimes necessary. As a freshman senator, McCain broke with his party and opposed American intervention in Lebanon in 1982. Yet in 2003, he supported the decision to invade Iraq.

There is no one answer to every instance of the same question. No matter your past mistakes and successes, you can always be better. As soon as you slide into complacency, forgetting to periodically question your own actions, your leadership will stagnate. McCain had clear ideals, but that didn’t mean he wasn’t flexible in applying them in each situation.

In the end, McCain was a maverick because he went his own way. He had ideals and he flexibly applied them to each decision. In a world where most leaders cow to whatever their followers want, McCain lead his followers instead of letting them lead him. You can’t please everyone at once, and being a great leader means winning respect and trust by leading through what you believe makes the most sense, not what anyone else believes.