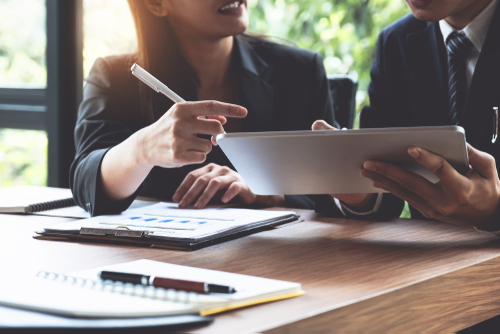 Recently, The US department of treasury introduced instructional guidance for their State Small Business Credit Initiative or (SSBCI). This small business aid program has been implemented since 2010. The State representatives have recently announced that they will revise the package with the inclusion of 1.9 trillion dollars to help businesses recover from the Coronavirus damages.

The reauthorization of Small Business Jobs Act is a part of the American Rescue Plan Act of 2021 (ARPA). This is a part of the government’s efforts to spark their economy and create jobs for people facing unemployment due to the pandemic.

What Does This Mean for Small Businesses?

For people who have been longing for entrepreneurship and entrepreneurial opportunities over the years, capital access has been the most resounding roadblock. Majority of the startups and businesses fail because they do not have access to institutional capital markets, such as venture capital.

The new SSBCI legislation was introduced into law on March 11th. The purpose of the small state business credit act when it was introduced in 2010 was to induce the private sector to increase its lending and to invest power towards small businesses. By granting each state the funds, they could share those funds amongst private-sector lenders and investors to mitigate financial risks.

Ultimately, the local demand dictates the program. Four different lending programs were eligible in the lending programs of the 2010 act. One of them was the venture capital program which administered the small business credit act.

Before, the act allocated about 1.5 billion dollars, whereas it is $10 billion dollars this time around. This is a breathtaking opportunity to make use of federal resources. States can also subdivide this revenue into different programs. Additionally, states can also engage public or private contractors to operate a portion of the program.

It is important to note that the program also established minimum leverage requirements. This means that the private sector must have more financial exposure than the public dollars, which the state has to backstop regarding loans and investments.  Additionally, a state must provide federal governments with financial projections to get the funds allocated.

There have been some changes in funding allocations of this credit act. In round one, nearly all funding distributions were according to a formula. This time around, six and a half billion dollars will be subject to formula-oriented distribution. One and a half billion dollars will go to socially and economically disadvantaged businesses and programs.

Another 1.5 billion are to be awarded to states that perform the best after allocation. This will be in the form of an incentive. Additionally, half a billion dollars will be available for tribal governments and technical assistance each. These are all new provisions that are very different from the first SSBCI legislation of 2010.

In hindsight, this act is like a federal transfer program. In other words, the money will flow from the treasury department and disperse down to the states. The real decision-making happens at the state level. Hence, the authority to decide over the programs and allocations is in the hands of the governor’s office.

This is important for you to recognize as their decisions will dictate the sector that receives the highest funds. The interest for SSBCI this time around is much higher due to the larger grant application. However, this creates a challenge for the state officials as they will have to figure out how they will navigate the process.

With this level of funding, you can expect the states to consider both venture capital programs, and lending programs as part of their strategy. In this instance, you want the state to work collectively and collaboratively. This way, they can reduce their chances of excluding different parties from capital access.

However, the burden is not as heavy as you think. The federal sides do not present many restrictions for the states. Thus, the restrictions tend to arise more from the states, than from the treasury. Therefore, the states must work hard to align with the program’s regulatory framework as closely as they can.

To put it into perspective, the treasury allows a percentage of the capital to be allocated to the states. The states then have to use that capital for administration processes and fees for all programs. There are good chances that there will be enough money to administer the lending programs this time around.

How States may Issue Incentives

Regardless of whether you want to take advantage of the incentive act or not, the market environment will dictate your strategy possibilities. For rural states that govern one dominant population center where most businesses run their activities, the state entity is likely to issue a single fund structure.

The state can also initiate a co-investment strategy that invests amongst angel investor companies. In other states with multiple economic activity regions, a state-wide fund mechanism is less likely to make the break. A single fund structure will simply not make strategic sense in this instance. Instead, it will be more beneficial if states push the economic activity into local markets. This will allow them to build capacity in the lower sector.

Is SSBCI the best Program for small businesses?

It isn’t easy to pinpoint a program and compare them in terms of effectiveness. However, there are some indications that small businesses can use to tell which program will suit them the best. These indications involve looking at market behavior. If the market displays a certain trend, some programs may even work better than the SSBCI act.

However, it would be best if you considered the environmental differences of this time from last time. In the last years, there has been an emergence of micro venture capitalist strategies. There has also been a lot more firm creation. In today’s economy, there is a need to create more diversity in venture capital firms. In today’s $100 billion small business incentive program, venture capitalists will have the biggest impact.

The American rescue plan is essentially the financial response of the treasury to counter form the hardships of the pandemic. For small businesses, this is an unprecedented opportunity. An incredible amount of resources will be distributed to state and local governments through this plan. Unlike earlier plans, the $100 billion small business aid programs will have more flexibility in their allocation and regulations.

How to write a compelling business proposal