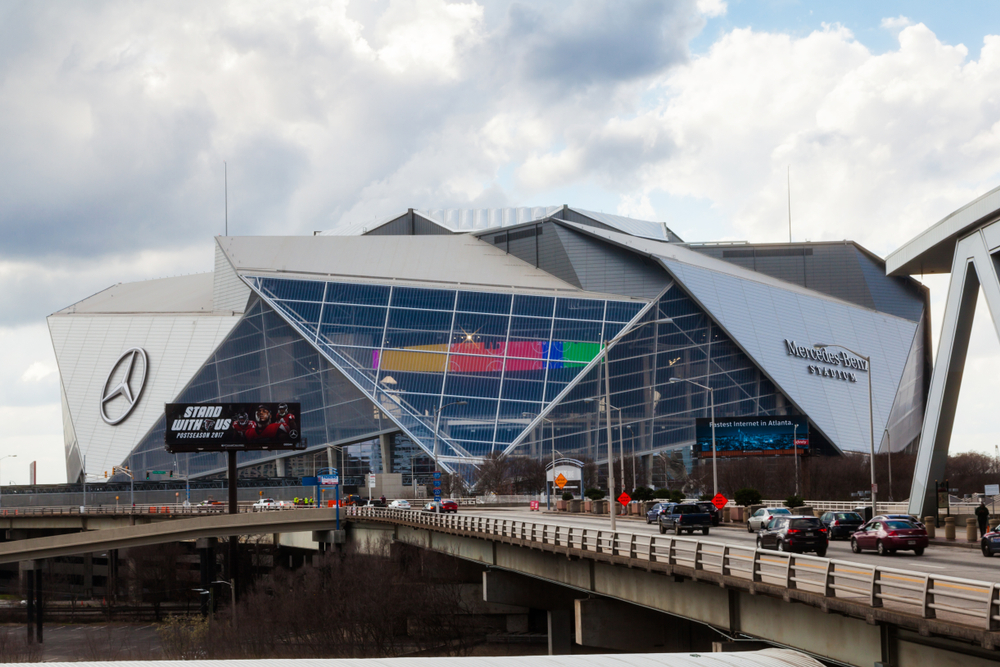 On February 3, 2019, most of the country will be sitting in front of a television, smartphone, or tablet to watch two teams battle for the Lombardi Trophy. Downtown city streets —except for some restaurants and sports bars—will likely be empty while football fans enjoy Super Bowl LIII with family and friends. However, there will be one downtown area bustling with fans who want to be close to the excitement. The week before will likely lead to a fever pitch of anticipation, city pride, and most of all the exchange of money.

Atlanta, Georgia is hosting Super Bowl LIII, and while many are wondering which two teams will enter the Mercedes-Benz Stadium, Metro Atlanta businesses —especially those in the retail, hospitality, and restaurant industries—are likely wondering if they will see a boost during this famous sporting event. Well, past data from other recent Super Bowls can show us what to expect. Here are five ways the Super Bowl could impact Atlanta’s businesses.

The City’s Overall Profit Could Be Huge

Depending on how much the host city has spent on stadiums, security, and the surrounding area, there could be a considerable profit in store. According to a study from the Seidman Research Institute, the 2015 Super Bowl that took place in Glendale, Arizona brought in $719.4 million for the entire state. Considering that Mercedes-Benz Stadium has over 6,000 more seats than Glendale’s State Farm Stadium, it is possible for Atlanta to beat that number. The Mercedes-Benz Stadium was approximately $1.5 billion to construct, so it is likely the city will look to this event to help recoup some of that cost if they haven’t already.

Hotels Can Expect a Huge Boost

Hotels located in the city of Atlanta are likely to see a massive boost in the coming days of Super Bowl LIII. According to a study done by Yext, clicks-to-calls for Houston hotels rose 105 percent week over week on the Saturday prior to the Super Bowl. There are approximately 30 major hotel companies in the immediate downtown Atlanta area. This is obviously not enough to cover the multitude of attendees and fans that will be in attendance. Therefore, hotels in Midtown, East Atlanta, South Atlanta, and even as far out as Cobb or Gwinnett County could see a huge increase in hotel revenue.

Restaurant owners large and small that are located directly within the city can expect to be pretty busy on the lead up to the Super Bowl. Yext’s study found that on the Saturday before the event, Houston experienced a 29 percent week over week increase in requests for driving directions to restaurants. Much like the hotel situation, even restaurants that are not located directly within the downtown area are likely to see a rise in visits or orders. Companies like Uber Eats and GrubHub could make it easy for visitors to purchase food that is a little further than their immediate location in the downtown area.

Saturday and Super Bowl Sunday are Prime for Shopping As visitors await the excitement of the event, they have to have something to do. Many choose to hit the stores. Yext revealed that on the Saturday before the Super Bowl, Houston stores experienced a 48 percent spike in driving directions compared to the previous week. Even Super Bowl Sunday brings a spike in retail business visits as requests for driving directions rises 10 percent when compared to the week before. Locations like Atlantic Station, Lenox Mall, Perimeter Mall, and even a Midtown staple such as Ponce City Market will see a boost in visitors and revenue.

Businesses Beyond Atlanta Can Benefit

While businesses located in downtown Atlanta will likely see the highest revenue increases, small businesses located in the suburbs or rural areas can use the Super Bowl to their advantage. Last year, each adult spent an estimated $81.17 in preparation of the Super Bowl. The excitement for the game and the spending momentum from Christmas makes it likely for adults to be in the mood to spend. Even those who are far out in Georgia might want to attend Super Bowl watch parties, order food instead of cooking, or rent out a locale to host their own gathering. Small businesses can take advantage of this to get creative in tying in the Super Bowl with their marketing efforts.

Many cities have benefitted from the excitement the Super Bowl brings. Fans and non-fans alike have the opportunity to not only attend the event itself but participate in city-wide happenings leading up to the game. While it is true that businesses located within the immediate radius of the stadium will surely see benefits, it is more than likely that visitors will spill over into the other parts of Metro Atlanta. If small businesses are clever with their marketing efforts, they too can experience a boost in visitors and revenue.

How a Strong Content Marketing Strategy Can Transform Your Small Business

Why Hope is Essential for Happiness and Business Success — Dr. Randy Ross, Remarkable!

ASBN Newsroom - August 10, 2022 0
The Internet is 33 years old, and many believe the time has come for something new and less regulated. The days when Internet hosting...