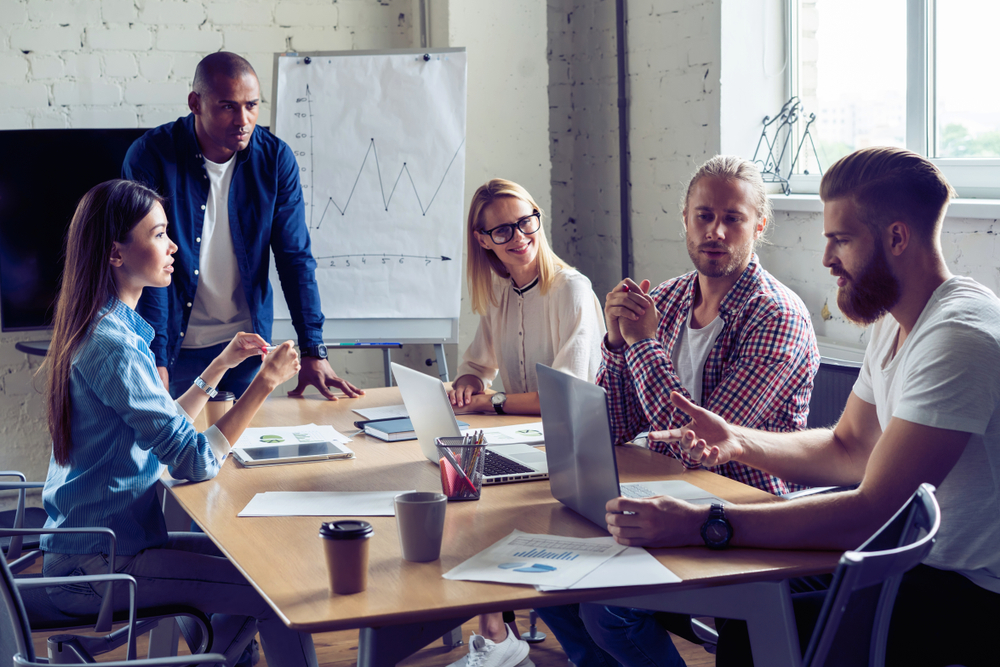 At the turn of the century, three researchers looked at the effect that adding the term “dotcom” had on a company. Their findings, published in The Journal of Finance under the title A Rose.com by Any Other Name, revealed that there was a marked benefit to companies at that time in appending the term: the study’s abstract notes there was a “striking positive stock price reaction to the announcement of corporate name changes to Internet-related dotcom names.” Overall, they found that “A mere association with the Internet seems enough to provide a firm with a large and permanent value increase.”

Today, that pattern is repeating itself, this time with businesses calling themselves “tech companies.” Everyone from ride-sharing programs to app developers to clothing stores is defining themselves as “tech.” The tech appellation is currently trendy, hip, and associated with youth an innovation, conjuring up images of young 20 somethings quitting college to strike it rich in the wild west of the Internet age–and succeeding.

However, it’s not clear if calling yourself a tech company is the way to go. There are several key reasons why you may want to or not want to jump on the tech train.

One of the reasons so many are able to huddle under the umbrella of “tech company” is because the term is still fluid. Are you a tech company only if you solely make technology, say like IBM? What if you use a lot of tech and employ a large number of engineers and programmers, but your main objective is commerce or the service industry, like Airbnb? What if, like Uber, you deal primarily in the latter, but your tech is so well known you are associated more with an app than the service? It goes on, getting trickier with each model.

When considering becoming a tech company, you’re going to want to think hard about how the label applies. If you’re light on the actual tech, say you happen to operate primarily via a website or app, but your company’s focus is, say, selling reproductions of famous historical mustaches, you might want to skip this particular trend. Why?

Call yourself a startup company, and the tech people will come. And you’ll hire them, seeing as your a tech company. But if you’re really in service, you’ll end up with a lot of programmers working on an app or some other feature, when really you need more business and advertising people. This can lead to faulty business structure and inappropriate spending. Especially if you’ve hired your programmers to reinvent the wheel when you could have used existing tech at cheaper rates.

Not only that, you may find yourself in a pickle with investors. As noted in the above dotcom case, one of the driving factors behind going tech is the hope that it will improve your company’s chances with investors. However, if you’re not really a tech company, the money infusion you may get from investors may not go as far as you need it too, because you’ve misunderstood your own demands. Then you’ll find yourself subject to write-downs. This has been happening more and more, causing speculation that tech is a bubble in the process of imploding. That said, if you feel your company fits clear tech parameters, there are some great reasons to christen yourself a tech company. To start with, those tech people. If you want knowledgeable, hard-working, superstar programmers and engineers, being a tech company is the way to draw a nice-sized talent pool, hungry to be part of the next big thing and willing to put in the effort needed for success.

Additionally, the flip side of the aforementioned investment issues is that there are many investors currently fired up about tech, and if you have a compelling idea, you could find yourself with hefty backing.

You might also find the law on your side, helping out. Around the country, states recognize the value in tech companies, with the majority of states offering tax incentives and other subsidies to qualifying companies.

Tech is still a new enough sector to allow for a plethora of companies. However, you’ll want to consider your key business objectives before taking on the title. While being a tech company could help you, it could also end up being a blockchain around your neck that drags you down.

Helping Your Employees Cope with a High-Pressure Work Environment

Why Community Service is at the Heart of this Franchise Brand

Considering an Accelerator Program to Launch Your Venture? Here’s What You Need to Know

Growth Strategy Atlanta Small Business Network - December 6, 2021
If you’re a small business owner or entrepreneur looking for growth, it’s important to understand how to compete effectively and that may require some...

Business News & Trends Brandi Marcene - December 6, 2021
Women can play a pivotal role in a nation’s economy. However, they face many gender bias constraints when they try to create new businesses....

Helping Your Employees Cope with a High-Pressure Work Environment

Why Community Service is at the Heart of this Franchise Brand

How This Self-Funded Startup Became One of The Fastest Growing Digital...

Rigor: How this Atlanta Startup Is Improving the Experience and Performance...