The Internet is 33 years old, and many believe the time has come for something new and less regulated. The days when Internet hosting and data storage operated by giant technology corporations are coming to a close, and the rise of blockchain technology represents what many believe could, and should be, the future of the Web.

The Atlanta Blockchain Center, owned and initiated by tech entrepreneur Marlon Williams, has been up and running since its ribbon-cutting ceremony with Atlanta Mayor Andre Dickens this past June. The Center stands ready to pave the way for business owners and startups to create a new future for Web3. The vision for Web3 is a blockchain-based, decentralized Web including cryptocurrencies, NFTs, and DAOs.

According to Williams, the future of the Internet will be controlled by individuals, not corporations, by way of blockchain technology. “Creators, the ones uploading the photos, writing the status messages, adding their personal information on these sites, they’re the ones who are going to monetize their data online,” he said.

The Atlanta Blockchain Center is a 2,500-square-foot space in Buckhead created to help nurture future projects and be a centralized learning center and co-working space. Technology incubator Starter Labs operates the Center.

The Center aims to improve existing blockchain technology by allowing entrepreneurs to learn from those who already have experience in the field. Williams says there’s a steep learning curve for startups who want to get involved with blockchain and that the same learning curve can be applied to all new forms of technology and innovation. The Center hopes to remedy that problem by offering solutions and proven knowledge to those who seek it. 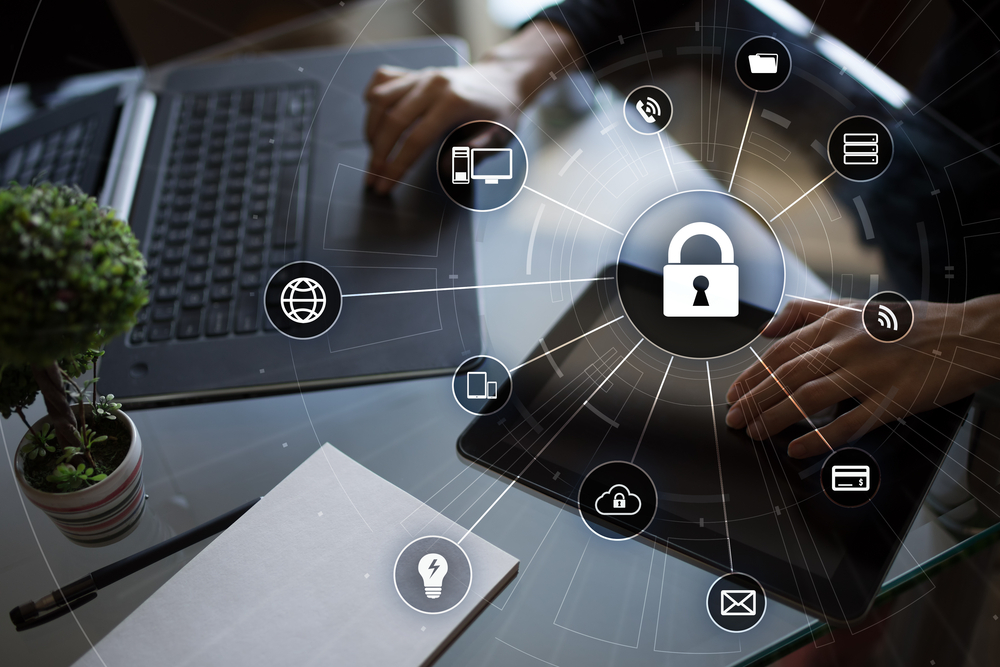 In simplified terms, blockchain technology is a global, decentralized online ledger for documents and data. It’s free to use by anyone and isn’t regulated by a single party. Blockchain allows users to store blocks of data on the Web and link that data securely to a global network of millions of computers, also known as the blockchain. This allows users to store information easily and securely, without the need for intervention from a third party or middleman.

Because the information stored on the blockchain is “pseudo-anonymous,” the transactions stored on the chain are visible, but the details aren’t. The network uses “miners” to help verify transactions, keeping the chain transparent, safe, and secure.

Why is this important for the future of the Internet? Well, for one thing, the rise of cryptocurrency has created a need for a better way to document and store online transactions. The blockchain can offer that. It also opens the world of secure internet transactions to a global community, including low-income countries that often have little opportunity to access technology and digital resources.

Williams has stated that the Center hopes to expand the uses of blockchain technology. “When people hear Blockchain, they just hear bitcoin and cryptocurrency and NFTs now…but prior to the development of Blockchain, there was no way I could send you a document and not possess it anymore. In the Age of Information, everything was really just a copy. Now, we can transfer value over the Internet…and use Blockchain to eliminate middlemen across many industries.”

The Atlanta Blockchain Center is located near the Atlanta Tech Village, a hub for innovation and drive related to all things technology. The Center recently announced its inaugural incubation program, titled Immutable Founders. The group includes Revere XR, Wedge Inc., and Helix Automotive. Together, the group held their first meeting roughly two months after the Center’s grand opening.

The future of digital technology is moving into the hands of the public, and Atlanta is here for it. The Atlanta Blockchain Center is the first of its kind in the Atlanta area, and the founders hope to expand the availability, accuracy, and accessibility of blockchain technology to entrepreneurs from around the globe. Doing so will help to cement the future of Web3.0 as the Internet for the people instead of a digital platform that only benefits giant corporations and their investors.