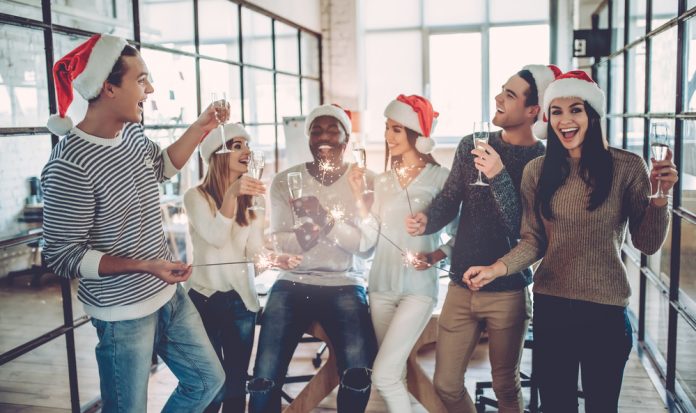 An outlandish amount of retail business is done during the holiday season. Roughly between Thanksgiving and Christmas, 19.2 percent of the year’s annual retail transactions are completed. Keeping up with the booming sales requires companies of all sizes to increase their workforce.

One of America’s largest retail chains, Target, plans on adding an extra 120,000 workers over the holiday season, 20 percent more than last year. FedEx and UPS likewise are adding delivery staff, sorting personnel, and administration to keep up with shipping demand as online sales blow up. Of course, Toys’R’Us is proactively hiring for the holidays also, doubling their workforce of 45,000 to compensate for the expected retail sales during the holiday season.

There’s a problem this year, though. The US unemployment rate in October 2018 is ridiculously low at 3.7 percent. That’s the lowest it’s been in 49 years. And what that means for retail businesses it that attracting seasonal workers requires special consideration this year.

Amazon has been heavily criticized for paying staff less than a living wage. However, effective November 1st, 2018, Amazon will be increasing hourly wages to $15 per hour for existing part-time and temporary staff and hiring seasons workers at that same higher rate. Amazon alone hires around 100,000 seasonal staff for the holidays. That same strategy is being played out by several other physical and online retail companies. Target’s seasonal hires are set to receive $12 per hour or more, well above the national minimum wage of $7.25. Chicago-based Endive.com, is hiring seasonal staff at rates between $50 and $60 per hour, roughly double their seasonal pay rate from the past.

It follows the crux of the age-old retail industry: supply and demand. To attract the workers needed to fill vacant seasonal roles, employers must do more. They’re paying higher wages to seasonal hires, which often also means paying permanent staff an equal rate increase as well.

The problem is compounded when permanent staff discovers a position elsewhere that pays well for the holidays. Employers are finding their best people are ‘jumping ship’ for better pay, even if it’s only seasonal.

Small Businesses Have Backs Against a Wall

Imagine a fledgling retail store or online retailer who needs to bolster their staff. Without the funding for human resources on hand, these stores struggle to compete with multi-billion-dollar corporations to attract seasonal workers and pay a competitive rate.

For the 2017 holiday season, Target planned to retain 40 percent of the seasonal workforce for permanent positions. Small businesses often don’t have the resources to keep staff on after the holiday season passes. Even by paying higher wages to holiday workers, it’s often more attractive to workers to choose a position that’s potentially long-term.

With retailers expected to hire more than 700,000 seasonal workers this year, small businesses trying to find and retain the best people will require an aggressive approach. However, it doesn’t have to be strictly wages that businesses offer. Instead of bumping hourly pay rates, small businesses can consider signing bonuses instead. Hiring incentives can alleviate the pressure higher wages can place on day-to-day operations that many small retailers face while attracting cash-strapped workers. Split bonuses half up front and half at the end of the term.

Obviously, a business needs to have enough liquid assets to pay signing bonuses – a challenge on its own.

Small businesses can ‘dangle a carrot’ for seasonal hires to perform well by offering profit sharing. Seasonal workers can earn an enticing portion of the seasonal earnings after the holidays are completed, and business owners aren’t under pressure to pay high-level wages.

Insurance and Paid Time Off

If small businesses have access to low-cost insurance, it can be an attractive component of a fair compensation package. Also, offering paid time off for seasonal employees can be the driving force to find quality staff in a busy retail season. These incentives also make seasonal workers feel like a part of the team, encouraging better performance and potential long-term or repeat seasonal employment.

Opportunities to attract seasonal staff doesn’t have to be monetary. Offering tickets to sporting events or providing deep discounts on merchandise can be enough to entice qualified people.

With roughly 1 in 8 unemployed people needed by retailers over the holiday season, it may be necessary to look to non-traditional people groups for hiring. Small businesses can explore local opportunities to integrate marginalized people such as war veterans and senior citizens.