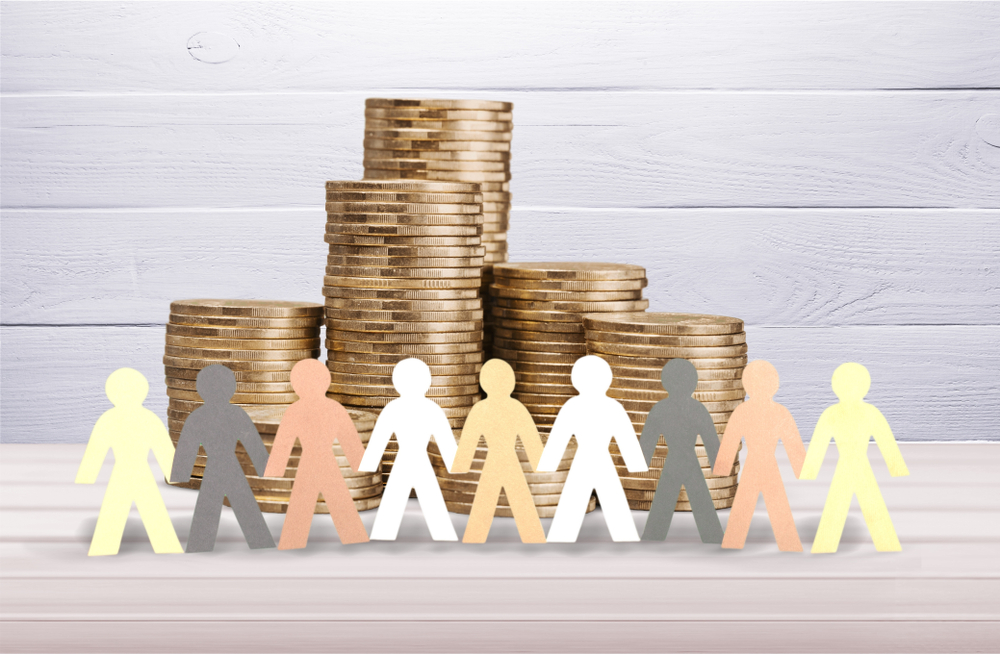 Traditionally, entrepreneurs need to either finance their new startup on their own or seek investment from a wealthy individual or firm. Both offer advantages, but the 21st century has introduced a new option to the mix: crowdfunding. Crowdfunding may be defined as seeking several smaller financial contributions instead of one larger one to launch a new company. This article is intended to help you identify whether crowdfunding is right for you, so here is exactly how it works.

Going door-to-door seeking private contributions isn’t really a feasible way to start a company, so the idea of crowdfunding hadn’t really existed until the internet proved capable of connecting millions of people. Today, several platforms exist to facilitate your crowdfunding endeavor. The most popular platforms (including Kickstarter and Indiegogo) use a system that allows you to “pre-sell” your product in order to raise the money you need to develop it. The system is called a Rewards Model. The term “crowdfunding” generally refers to this model when used in a broader context, though there are other ways to go about it. Under the Rewards Model, your financial backers receive your product or service when it’s ready in exchange for the money they put down today. Most major platforms allow you to create a tiered structure to try and incentivize contributions. For example, a $20 contribution might buy your product, but $50 purchases a limited edition version instead. You can also throw additional incentives into the mix, such as the chance to meet you and your employees or even a say in a product’s development.

Getting your idea out there is important, as most platforms place a time limit on every listing in order to ensure a fresh inventory of ideas. If you’re working under anAll or Nothing Model, you won’t get to keep any of the money you raise unless you meet your target. If you’re working with a flexible Model, you get to keep all of the money you raised no matter what, but there’s a catch. Once you accept funds, you are legally obligated to provide the product or service you promised. If you didn’t raise enough money to realistically deliver on that promise, you’ll find your concept buried in litigation before it can even get off the ground.

Choosing to crowdfund to raise the capital you need allows you to keep full control over both your business’s equity and day-to-day operations. You also get an instant customer base and marketing team, as those who were interested enough to prepay for your product are likely to share their enthusiasm with friends and family.

Properly marketing a crowdfunding campaign also gives you a substantial online presence you can use to communicate with the public and receive constructive feedback on your ideas. It can be a lot of work to get your name out there, but you’ll find that it’s well worth it in the long run.

That said, some entrepreneurs think that crowdfunding is an easy way to launch a business. This is simply not true. Your potential investors will want to know what you plan to use their money for, so you still need to put together a thorough business plan just as if you were meeting with a private investor. You should also plan to absorb some marketing costs in addition to what you need to start your company, so set your fundraising goal accordingly. The history of crowdfunding includes both massive success stories and spectacular disasters. For example, a man named Palmer Luckey launched a Kickstarter campaign in 2012 to launch a Virtual Reality business named Oculus. His initial goal of $250,000 was crushed to the tune of $2.4 million, and Luckey was bought out by Facebook for $2 billion in cash and stock when the product entered the prototype phase in 2014. Today, Oculus remains the market leader in the VR space.

Keiji Inafune of Mega Man fame didn’t make out as well. When he announced that he was launching a spiritual successor to the classic franchise entitled Mighty No. 9 in 2013, he had no trouble leveraging his industry credentials into $900,000. Subsequent “stretch goals” raised the total raised to $4 million, but even that wasn’t up to Inafune’s ambitions.

Inafune announced plans to turn Mighty No. 9 into a multimedia phenomenon in 2014 before the game was released. Later that year he announced a completely unrelated project called Red Ash: The Indelible Legend, all the while staying silent on why the original game kept getting delayed. The game ended up releasing on June 21, 2016, nearly three years after the original crowdfunding campaign. Worse, Linus and Mac gamers had to wait until August, while promised versions for the Nintendo 3DS and Sony Playstation Vita were never delivered at all. Ultimately, Inafune’s company Comcept was acquired by rival Level-5 in 2017, and his personal reputation has yet to recover in industry circles.

Other Types of Crowdfunding

The  GoFundMe platform operates similarly to Kickstarter or Indiegogo, except that there is no incentive structure in place. Instead, people donate because they believe in the cause, making it ideal for charitable organizations and businesses with a strong social mission.  Patreon is a means for creatives like artists and musicians to generate a regular income while working on new material. Backers are billed monthly and are not promised anything in particular, though they do tend to get priority access or exclusive content as it becomes available.

It’s even possible to crowdfund on your own if you have the requisite technological expertise. Doing so can save you from paying fees, but you have to remember that established platforms have audiences you might not be able to reach on your own.

In conclusion, crowdfunding can a terrific way to launch a company if done correctly but is packed with as many potential perils as other fundraising options. Hopefully, the information provided above helped you decide if it might make sense for you!

30 small business ideas that take less than $10K to start