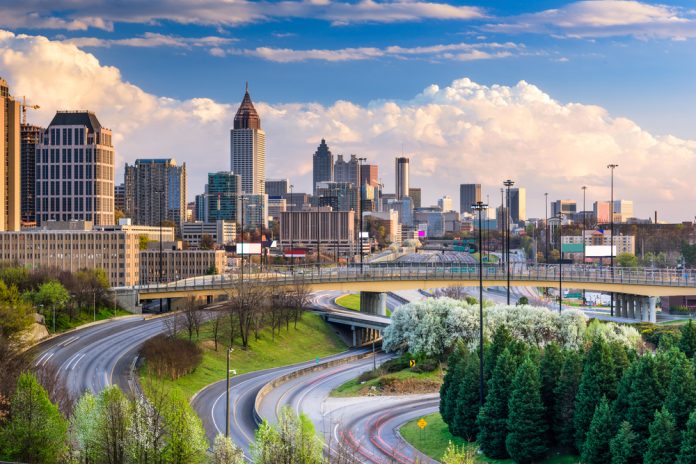 Quietly, and somewhat suddenly over the last decade, the state known for peaches, Coca-Cola, and the 1996 Olympics became an economic powerhouse for small businesses. Georgia has become a hub for innovation and creative ideas, a place where entrepreneurs can come to act on their aspirations. Not convinced? The proof is in the numbers. According to Datafox, Atlanta is the seventh best city in the United States to start a business. Site Selection and Thumbtack all give the state top ratings in the category of business friendliness. Favorable business laws, a lower cost of living, and accessible business resources have made Georgia a favorite for entrepreneurs. However, for budding startup owners, what are the industries that are on the rise in the state? There is a lot to choose from, but there are a select few that have the potential for enormous growth in the coming years. Read on for six industries that have a promising outlook for Georgia entrepreneurs.

Everyone in Georgia can think of a time they drove through Metro Atlanta —or even further out— and witnessed a film and lighting crew shooting a movie or show. Georgia is now the number one filming location in the world. The state alone has surpassed California, the United Kingdom, and Canada. Georgian entrepreneurs who develop startups related to any part of the film industry are in the right place.

The housing bubble did have many questioning the return of construction, but a decade later, the industry has seen a resurgence. Georgia’s unemployment rate is at a steady 4.5 almost matching with the national average of 4.1. Citizens are working again and are interested in owning property. As a result, commercial and residential building projects are on the rise, creating a lot of work for entrepreneurs specializing in construction.

Atlanta and the surrounding suburbs have always been car-dependent. However, other factors are contributing to the automotive industry being a smart investment for potential dealership owners and automotive entrepreneurs. Kia Motors has a production plant located on the outskirts of the Metro area, while Porsche and Mercedes both have North American corporate offices in Atlanta. The port of Savannah is the leading eastern seaboard auto part import center, and the port of Brunswick is the fastest growing auto port in the Southeast.

According to the Solar Energy Industries Association, Georgia is the third fastest-growing generator of solar power in the United States and the eighth-largest producer of solar energy. In the last year, solar panel prices have fallen 17 percent, making it a more affordable energy option for consumers and commercial businesses. This field is still emerging and is taking time to catch on with potential customers, but as companies continue to look into ways to save on energy costs, solar energy is shaping to be a promising alternative.

Quietly, Atlanta has become home to 100 financial technology companies with the focus of digitally processing credit cards and other digital payment options. Roughly 70 percent of the $4.4 trillion payments in North America go through companies in the city. Georgia is third in the country for producing revenues through the Fintech industry at $72 billion. There is definitely a lot of money to be made in the sector of processing digital transactions. Georgia Tech and the Atlanta Technology Development Center have developed opportunities for entrepreneurs to attain startup funding in this industry, so there is help for those interested.

When most people think of Georgia’s number one export, they likely think of the state’s peaches. However, many would be surprised to know that aerospace products take the top spot. In fact, Georgia’s aerospace product exports have topped eight billion worldwide. Georgia’s proximity to space launch facilities in Alabama and Florida and a partnership with Robins Air Force Base make it a prime location for entrepreneurs interested in developing a company in this field.

While Atlanta is the epicenter of a lot of the state’s economic activity, the whole state of Georgia has something to offer budding entrepreneurs. In the coming years, as the state’s population continues to expand, business owners will be needed to not only provide economic growth in the form of revenue but also in the jobs they can offer. If the industries mentioned above are any indicator, Georgia’s continued economic growth will be exciting to watch.